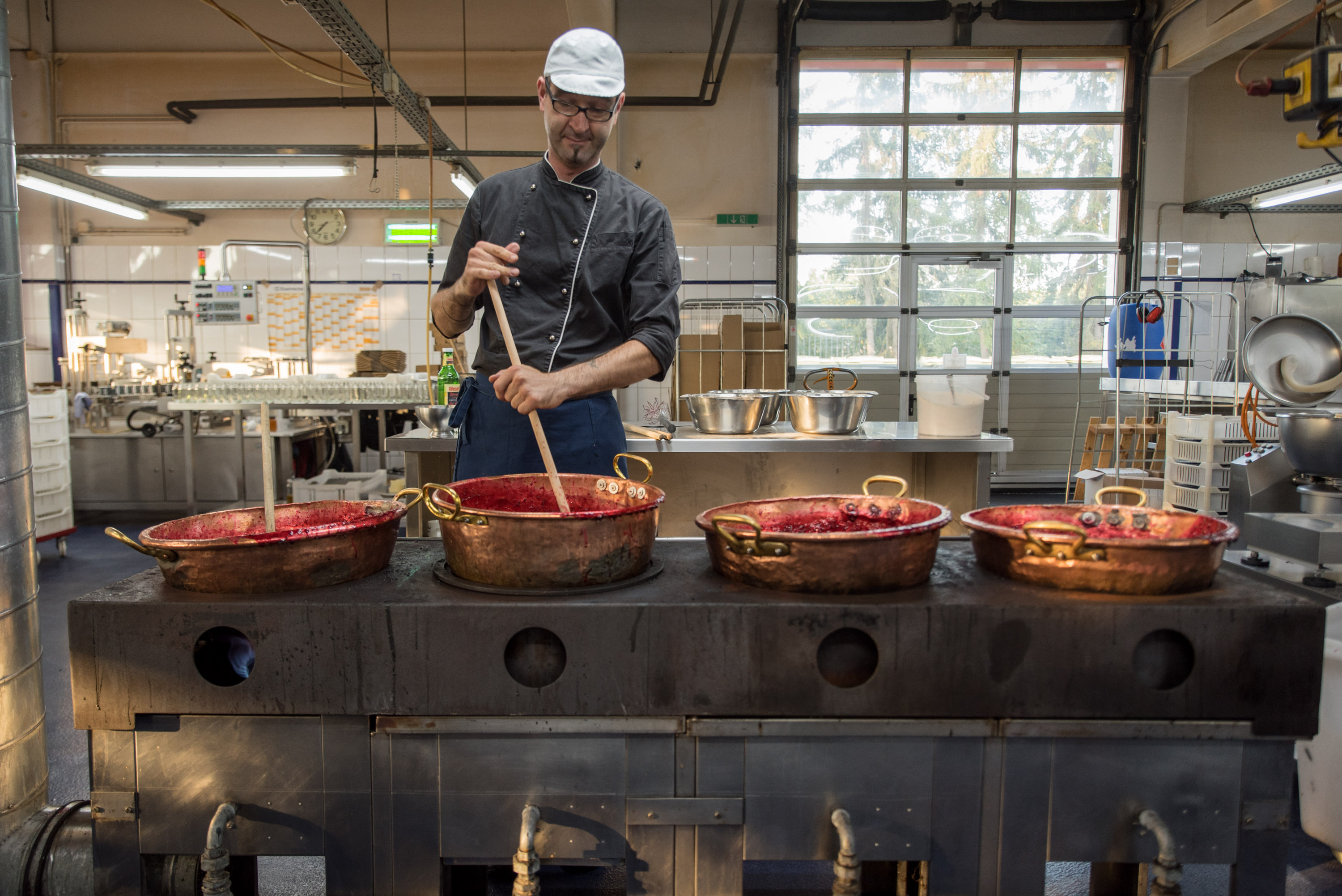 It bubbles, steams and hisses when jams and marmelades are prepared at Leysieffer. The aroma of sweet fruit fills the room when they are cooked in large copper kettles over an open fire, vigorously stirred by hand with long wooden spoons. Once you have seen the Leysieffer fruit spread kitchen with your own eyes (and smelled it with your own nose), you will feel like you are in an old country kitchen from grandmother's times.

While industrial producers cook under vacuum in huge tanks, Leysieffer passionately sticks to traditional production: only a small amount of 3 kilograms of fruit is added to each kettle, refined with spices according to taste, sugar and pectin - and then cooked and stirred until the fruit spread has reached the right consistency, then filled into glasses and immediately sealed. In principle, just like you do it at home, only with a large portion of perfection on top. Experienced confectioners ensure that taste and consistency are always in perfect harmony. This is what makes Leysieffer fruit spreads different and what makes them different.

From mild orange to hot chilli

Leysieffer fruit spread is always cooked only as required. As far as the different varieties are concerned, you will naturally find all the classics from strawberry to cherry. However, customers particularly like the flavors that are not found everywhere. The bestsellers are passion fruit, apple-vanilla and elderberry. With over 20 varieties in the Leysieffer product range, there is something for every taste - from mild orange to chili hot.

What is the difference between fruit spreads, jam and marmalade?

Even though marmalade is often wrongly used as a standard term for a wide variety of fruity spreads in Germany, the so-called "Jam Ordinance" stipulates quite specifically which spread may bear which name. And here the ordinance has no fewer than seven: jam, extra jam, jelly, extra jelly, marmalade, jelly marmalade and chestnut cream. What is what depends on the composition of the ingredients. Jam, for example, can only be called a spread made from citrus fruits. But what they all have in common is a sugar content of at least 50 percent. And that is the big difference to fruit spreads. This is how preparations made from boiled fruit and sugar are described that do not fit into any of the categories mentioned - due to the high fruit content of 60 to 75 percent.

Even the Romans liked it sweet and fruity

The history of the fruity-sweet spread - whether it was marmalade, jam or fruit spread according to today's regulations, let's leave it aside - goes back to ancient Rome. During excavations in Italy in 1937, clay vessels from the time of the Roman Empire were found in which there were remains of plum jam mixed with sugar cane. The forerunner of our spreads of today. I wonder if they were also cooked in copper kettles over an open fire? But certainly with a similar passion for culinary delicacies as with Leysieffer. 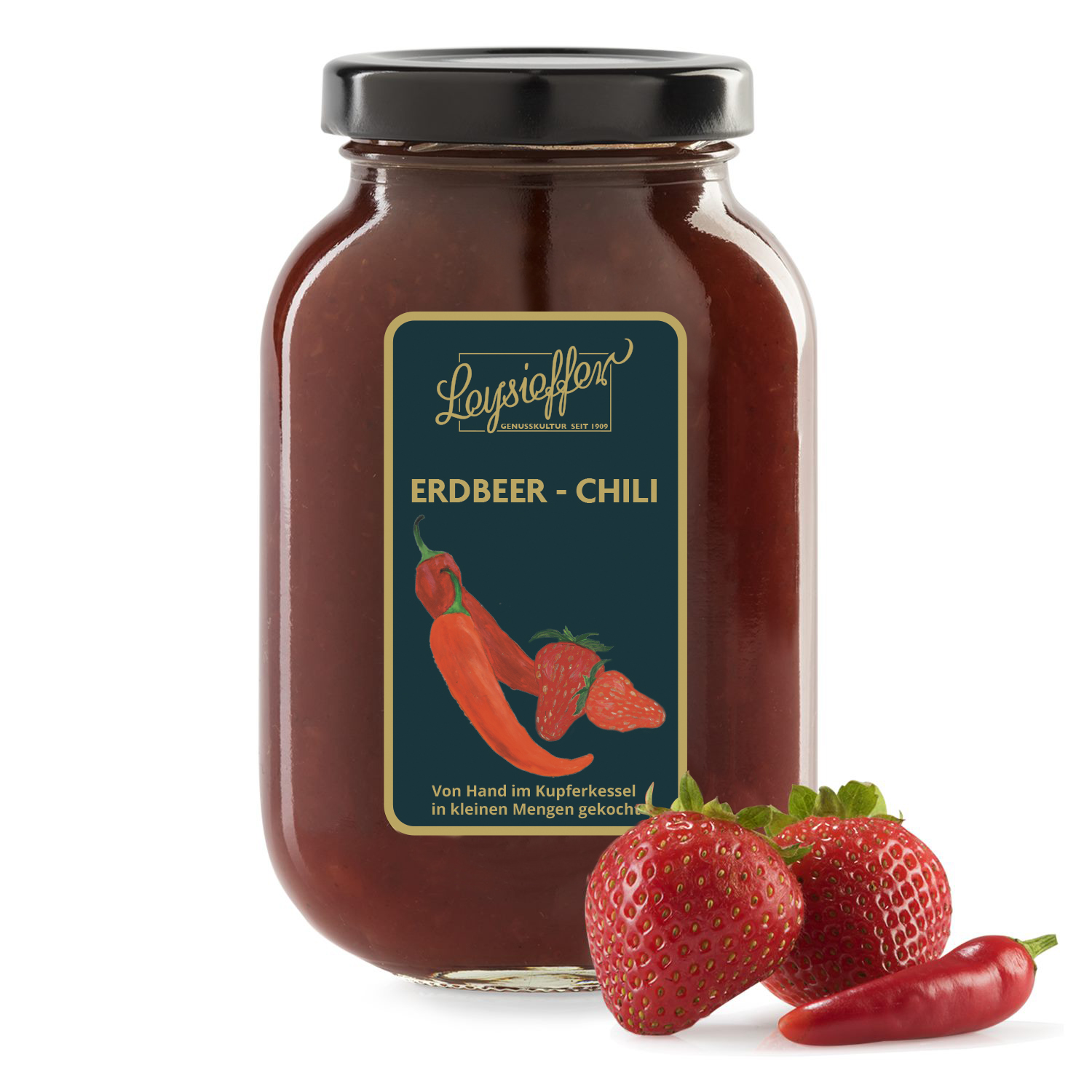 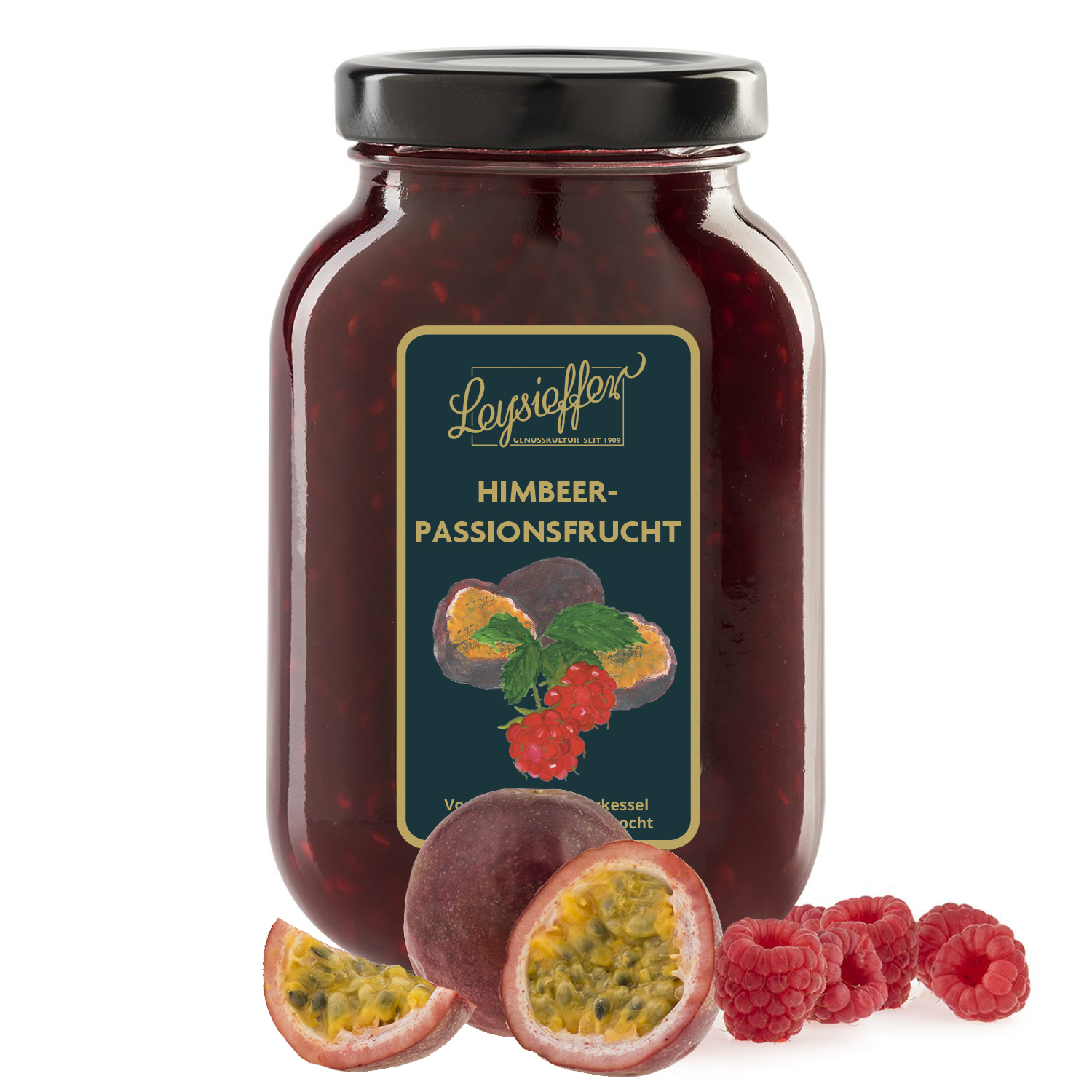 Fruit Spread - Raspberry-Passionfruit
This fruit spread tastes particularly intense of raspberries and passion fruit, because our fruit spreads taste particularly fruity due to the fact that they contain more than 50% fruit. And so that they work particularly well, they are traditionally cooked on an open flame in a copper kettle. Are you looking for a really unusual taste? Well, here it is! Our exclusive combination of passionsfruit and raspberry is a real taste experience. We are sure that you will discover your passion for this tropical-sweet fruit spread 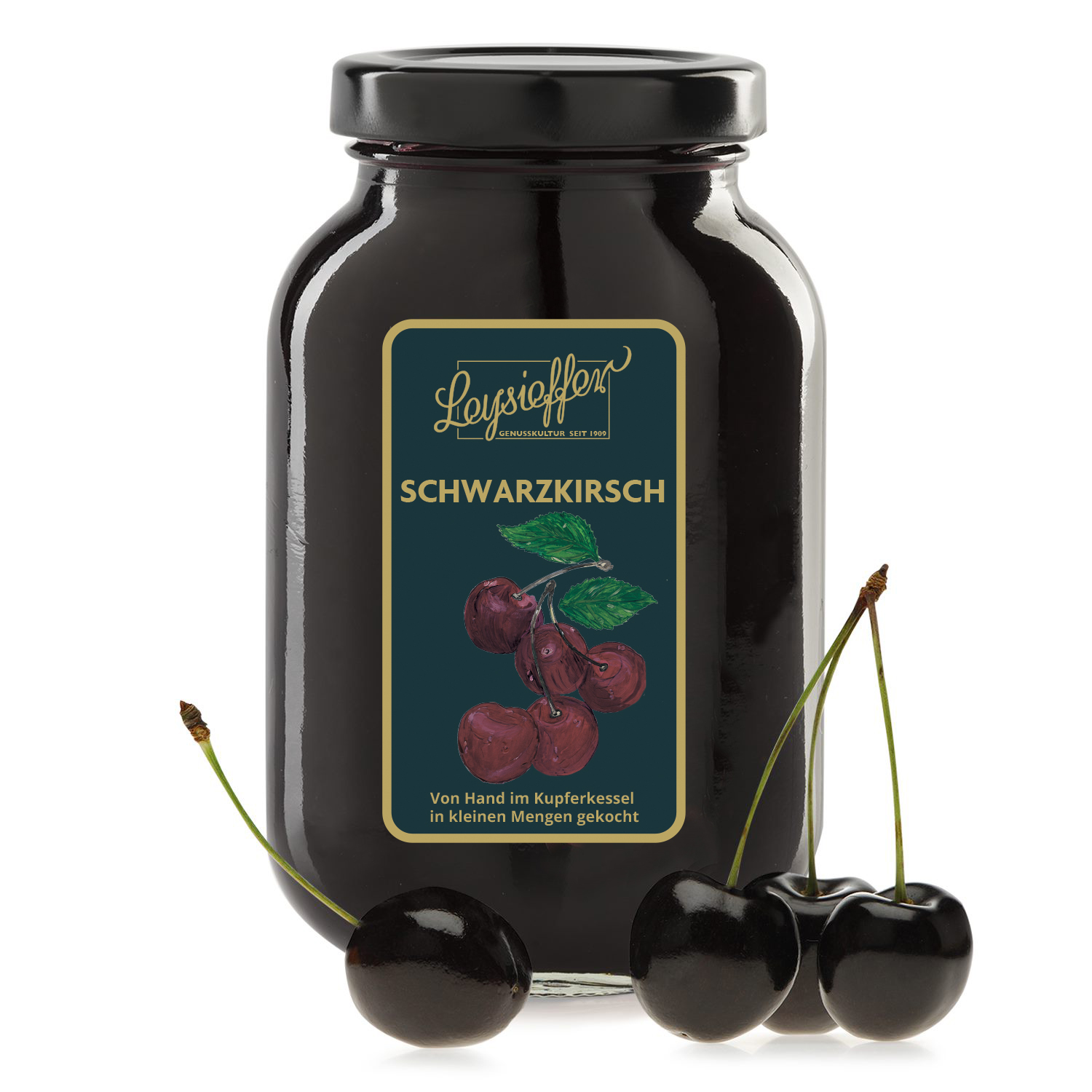 Fruit Spread - Black Cherry
This fruit spread tastes particularly intense of black cherry, because our fruit spreads taste particularly fruity due to the fact that they contain more than 50% fruit. And so that they work particularly well, they are traditionally cooked on an open flame in a copper kettle. The sun-ripened black cherries in our handmade fruit spread are full of flavor. Their rich color is equally pleasing as is their rich taste. Best enjoyed on a warm slice of toast bread or a fresh croissant