The chocolatier and his craft

He is a specialist among confectioners - the chocolatier. As his name suggests, chocolate products are his craftsmanship. Although chocolate arrived in Europe after the discovery of America, the profession of chocolatier did not develop until about 330 years later.

The art of tempering chocolate

Until the early 1800's, chocolate was only known in the form of drinking chocolate. In 1828, the Dutchman Coenraad J. van Houten succeeded in squeezing the cocoa mass so that the additional raw materials cocoa butter and cocoa powder could be used. The chocolate could be diluted with the cocoa butter and the casting of figures became possible. People began to experiment with chocolate and also to use cocoa painting for decorating cakes. The processing of chocolate enjoyed increasing popularity in the confectionery industry. Franz Sacher set a milestone in the history of chocolate making in 1832 when he had to replace his sick boss and, as a second-year apprentice, took on the task of creating a special dessert for the Metternich company. The Sacher Torte is still very popular today and is the confectionery classic par excellence.

How do you become a chocolatier?

Anyone who wants to become a chocolatier usually starts as a confectioner, because chocolatier is not a profession in its own right. Many years of experience, in-depth knowledge of confectionery and baked goods, manual skills, a creative streak and a passion for chocolate are the best prerequisites for specializing as a chocolatier. Anyone who has perfected their craft has what it takes to be a master chocolatier.

From gingerbread-baker to pastry chef

And how did the confectionery profession actually come about? It began when in the 15th century some bakers refined their doughs with spices, honey and dried fruits. These specialists were called Lebküchler, Lebküchner or also Lebzelter. From this later developed the confectioners. These often worked simultaneously as pharmacists. Sounds strange, but in those days it was exclusively reserved for pharmacists to trade with the precious exotic goods such as sugar and spices, which came from the Orient to Genoa and Venice with the sea trade. Also marzipan, which came to Central Europe from Venice in the 14th century, was initially only sold in pharmacies. It quickly established itself as the perfect ingredient and modeling clay for creative cake design.
Over the course of time, the profession of confectioner evolved into that of confectioner. By the way, the term confectioner is derived from the Latin word condīre, which stands for pickling, preserving, delicious preparation and seasoning. 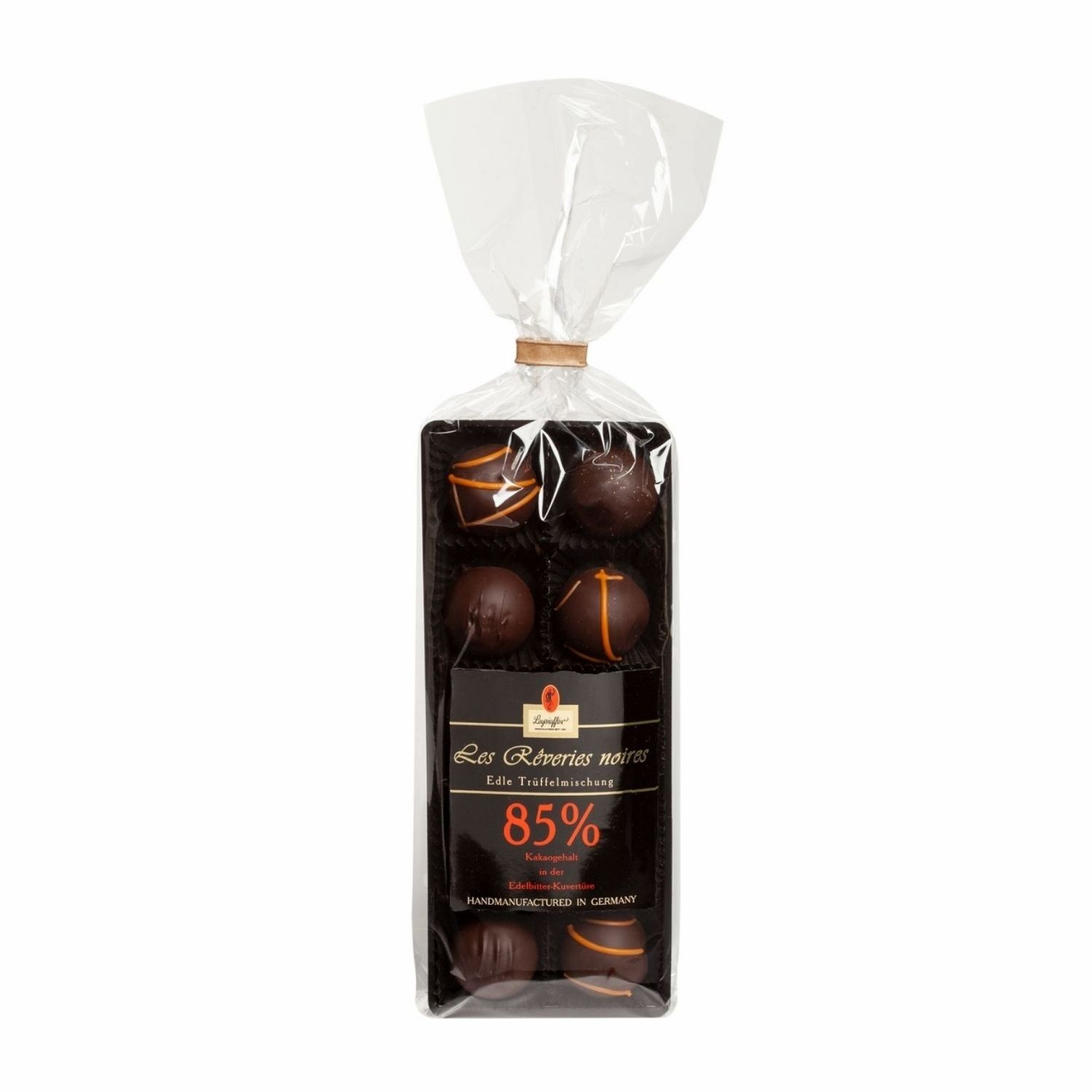 Les Rêveries noires Pralines
Our Les Rêveries noires Truffles are very special: All of the 10 dream truffle balls have a coat of dark couverture chocolate. Their high cocoa content of 85% imparts an intense and strong flavor. As similar as they look from the outside as diversified is their filling, which we have enhanced with Marc de Champagne, Cognac, rum, whisky or Poire Williams. And as any dream that stays in your memory for a while, we guarantee our Rêveries noires will do so, too. You can savor their intense taste long after they have been enjoyed. 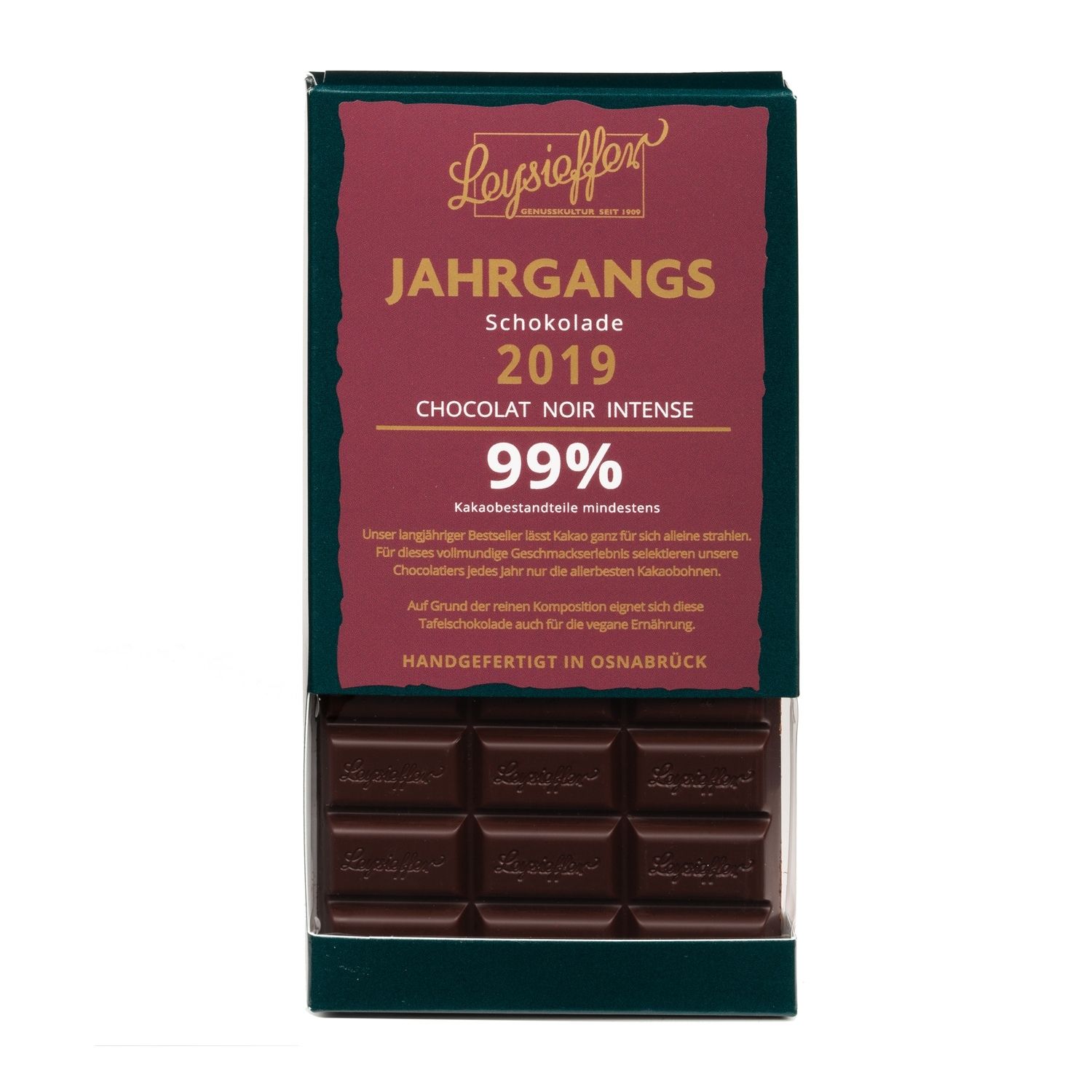 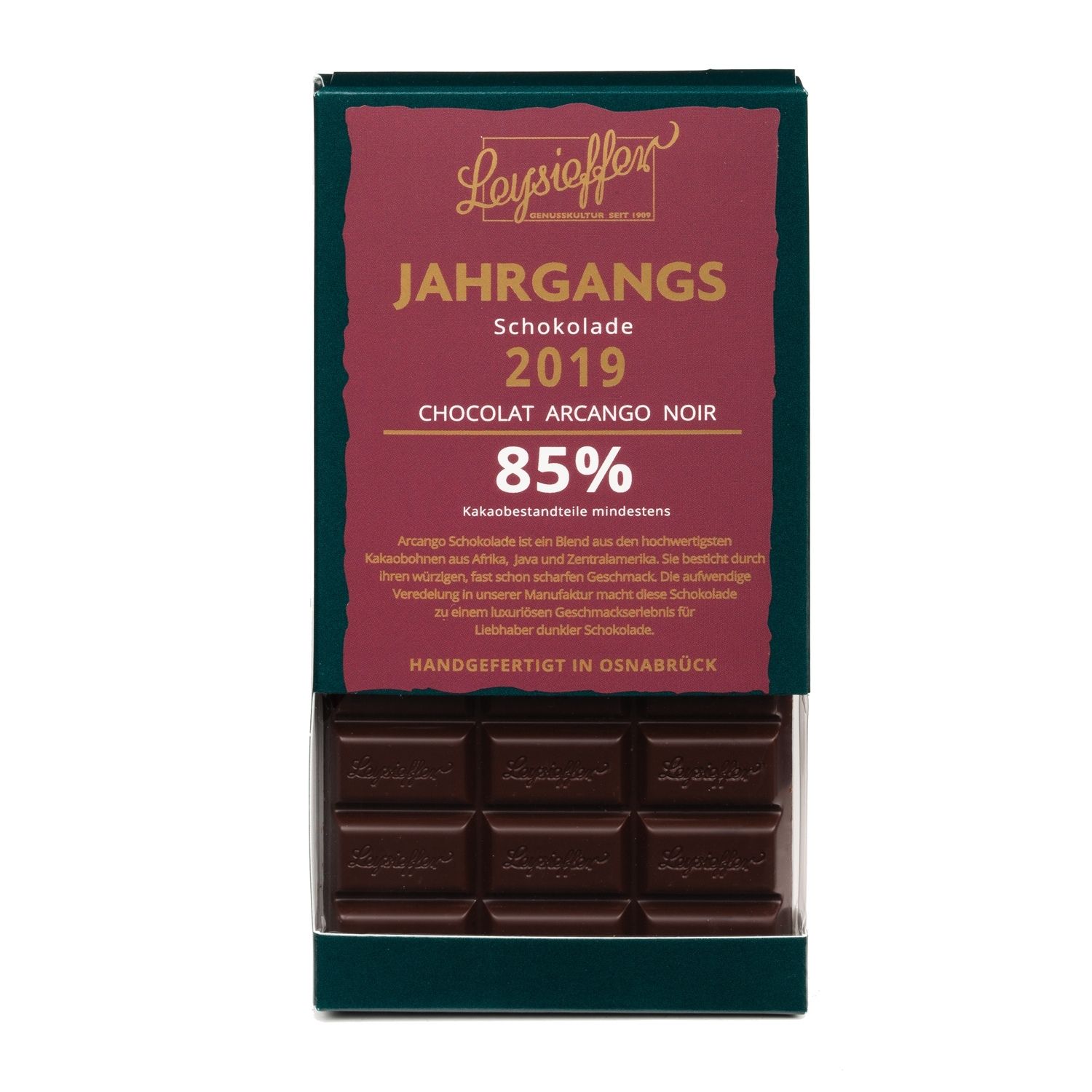